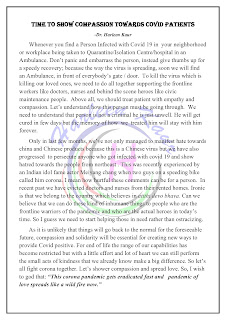 Time to show compassion towards COVID patients - Dr. Harleen Kaur Whenever you find a Person Infected with Covid 19 in   your neighborhood or workplace being taken to Quarantine/Isolation Centre/hospital in an Ambulance. Don’t panic and embarrass the person, instead give thumbs up for a speedy recovery; because the way the virus is spreading, soon we will find an Ambulance, in front of everybody’s gate / door.   To kill the virus which is killing our loved ones, we need to do all together supporting the frontline workers like doctors, nurses and behind the scene heroes like civic maintenance people.   Above all, we should treat patient with empathy and compassion. Let’s understand how this person must be going through.   We need to understand that person is not a criminal he is just unwell. He will get cured in few days but the memory of how   we   treated him will stay with him forever. Only in last few months, we’ve not only managed to manifest hate towards china and Chinese
Post a Comment
Read more 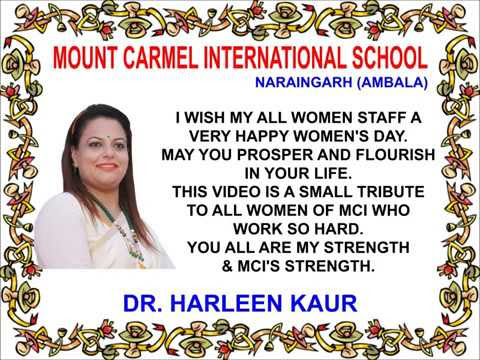 Dr.Harleen Kaur: A tribute to my female staff on #WOMENS DAY #MountCarmelNaraingarh 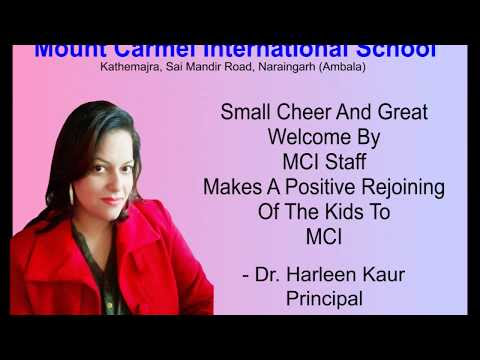 Sabattu: An  Untouched Hillstation    By Dr.Harleen Kaur  View of Sabattu from  14  GTC Army Guest Room    The Cacophony of urban life can be overwhelming. What better way to break away from it than by being surrounded by hills, lush greenery and fascinating wildlife? A short drive from Panchkula, to this haven are ideal weekend gateways to army as well as non army people to relax and rejuve. We are stationed at chandimandir cantt, so on one weekend in May, when  it was too hot,  my husband being on leave suddenly made plan along with his friends for a hill station named Sabathu.  Sabathu (also known as sabattu) is a  cantonment town in the heart of shimla hills in the solan district of Himachal Pradesh at the height of 4000ft above the sea level. It is Only  22  kilometers from the main shimla highway. It is a category 3 cantonment which comprises of 14 gorkha training centres. We planned our journey by roads ,but for people coming by train  from far can get d
Post a Comment
Location: Naraingarh, Haryana 134203, India
Read more 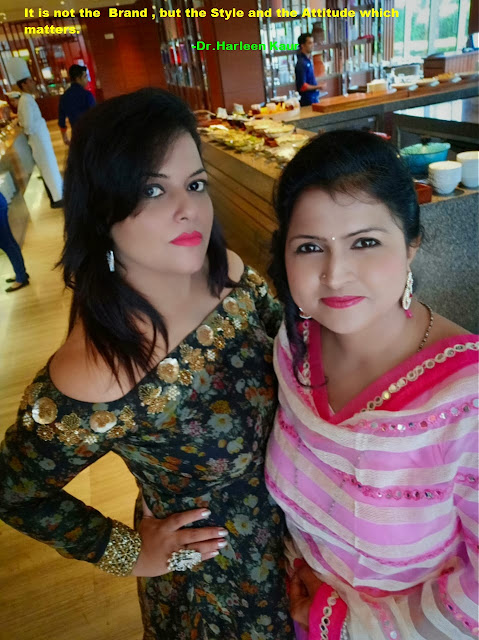 I believe every woman is different and has her own personal style DNA and therefore every woman needs individual, personalized   wardrobe on how to create visual balance. Being from the army background, I have always been passionate about my dressing style and being the head of an International school I have been giving my female staff the relevant advice and the tools to dress themselves in the best way, to create a streamlined look.
Post a Comment
Location: Naraingarh, Haryana 134203, India
Read more
More posts