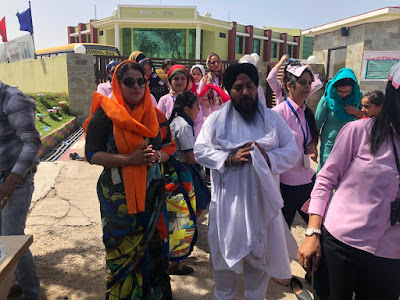 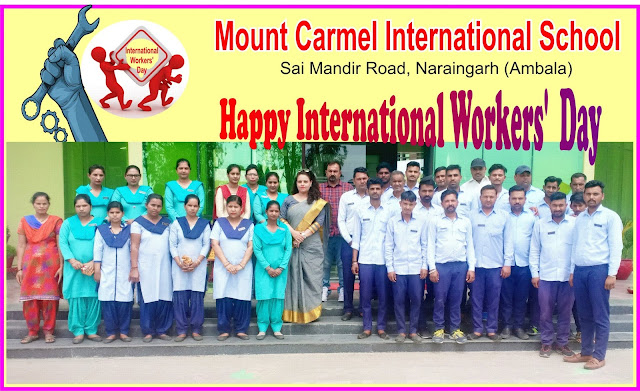 Mount Camel International School (Naraingarh) celebrated The first day of May as  Workers  Day to acknowledge the efforts of Class IV employees.The students celebrated the Worker's Day with a special assembly to express gratitude to the class IV employees working in the school.

The employees were presented with cards and  sweet boxes as a mark of respect. On this occasion Principal, Dr. Harleen Kaur in her address stated that the students need to be made aware of the importance of the working class.She added that  the school appreciates the efforts of the workers put in by them throughout the year.


The Cacophony of urban life can be overwhelming. What better way to break away from it than by being surrounded by hills, lush greenery and fascinating wildlife? A short drive from Panchkula, to this haven are ideal weekend gateways to army as well as non army people to relax and rejuve.

We are stationed at chandimandir cantt, so on one weekend in May, when  it was too hot, my husband being on leave suddenly made plan along with his friends for a hill station named Sabathu. Sabathu (also known as sabattu) is a  cantonment town in the heart of shimla hills in the solan district of Himachal Pradesh at the height of 4000ft above the sea level. It is Only  22  kilometers from the main shimla highway. It is a category 3 cantonment which comprises of 14 gorkha training centres.
We planned our journey by roads ,but for people coming by train  from far can get down at the nearest railway station  Dharampur, from where they can hire a cab to re…
Read more